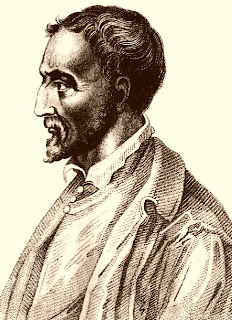 In 1545 a work appeared that was so revolutionary in its central concept that some people have taken it to mark the start of the modern period in mathematics. In Ars magna, Gerolamo Cardano (see first picture) explained how to solve cubic (third-order) and even quartic (fourth-order) equations. However, it was not a straightforward triumph of individual genius. The solution to cubics had probably been discovered by Scipione del Ferro (c.1465-1526) a professor of mathematics at the University of Bologna. On his death, he passed the information to a student, Antonio Maria Fior. Niccolo Tartaglia (see second picture) (c.1500-57) independently discovered the solution and disclosed it to Cardano on condition that he did not reveal it. When Cardano discovered the solution was not original to Tartaglia, he published it. He did, admittedly, own that he had a clue from Tartaglia. He also acknowledged that the solution of the quartic had been by his amanuensis, Ludovico Ferrari (1522-65). Tartaglia, as can be imagined, was not well pleased an the two battled for ten years. Tartaglia had hoped to retain the revelation of the cubic to publish as the crowning achievement of his career. (Tartaglia had, previously, published the findings of others without acknowledging his own debt, which may reduce our sympathy for him a little.)
Cardano's book represented the greatest advance in algebra since the Babylonians had discovered how to solve quadratic equations by completing the square. 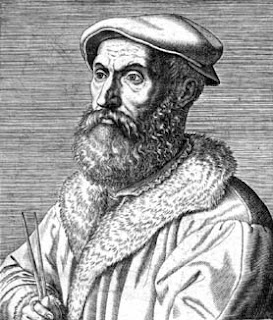